Get fresh music recommendations delivered to your inbox every Friday.
We've updated our Terms of Use. You can review the changes here.

from Beyond the Bog Road by Eileen Ivers 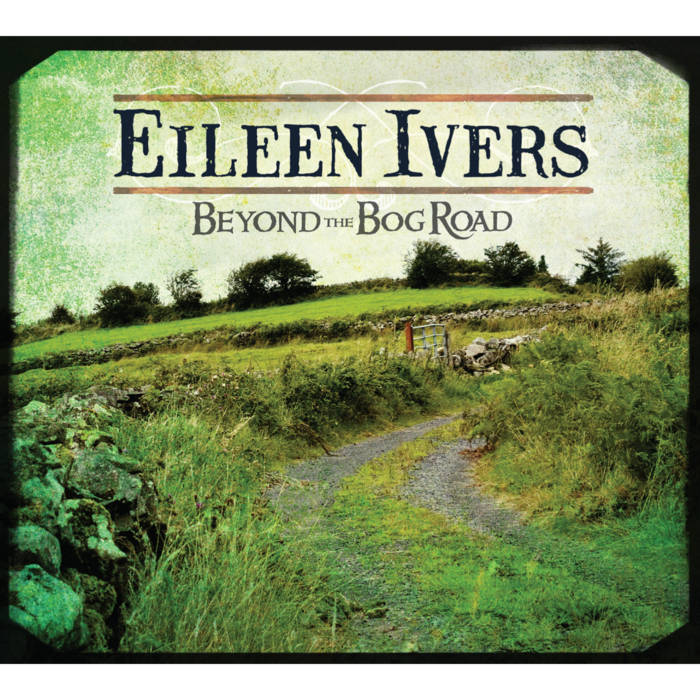 One of the hardest times in Irish history was from 1845 to 1849, the years of the Great Famine or as many prefer to call it, the Great Irish Hunger. Out of a population of approximately eight million people in Ireland, one and a half million men, women and children starved to death, one million people left, and the exodus to America and Canada that continued through the latter part of the 19th century reduced Ireland’s population by almost half. There are mass famine graves all over Ireland, especially in the West. Still etched in the landscape to this present day are the ridges and hollows of the potato beds where the potato crop failed, an eerie reminder of that horrific period. As people lay dying all over Ireland, livestock and grain were being exported to England daily as payment of rents and taxes.

One of the many tragic stories of the famine involved a group of 600 starving people who were refused sustenance at a local poorhouse in County Mayo and braved a 14 mile walk through rain and snow to meet a Board of Guardians in Connemara to beg for help. The Board was at lunch and would not be disturbed. When they finally did meet with them, the assistance was refused. 400 of these souls died on the roadside and many were washed into the open coastal waters on the walk home. The American Choctaw Indians heard of this tragedy and scraped together $170 which they sent to a famine relief fund in Ireland in 1847. They too were forced from their home and perished on their historic “Trail of Tears”. Today there is a small stone cross on the side of the road in Connemara with the inscription, “To commemorate the Hungry Poor who walked here in 1847 and walk the Third World today” as well as an inscription from Gandhi asking, “How can men feel themselves honored by the humiliation of their fellow human beings?”

Many of the Irish tried to survive the famine by escaping to Canada and America. They boarded crowded ships, later known as coffin ships, on an 8 to 10 week voyage crossing the rough Atlantic. Many of these were originally slave ships where there were so many inches allotted per body on the ship. They were known as “coffin ships” as tens of thousands died on the way. Famine ship passenger Robert Whyte wrote in a June 1847 diary entry, “A shark followed us all day and the mate said it was a certain forerunner of death” for it was said that one could trace the passage across the ocean by the schools of shark that would follow the vessel waiting for the bodies to be thrown overboard as passengers died one by one from typhus, cholera and dysentery.

“Green Fields of America” is one of the great songs of emigration. It is one that speaks of hope in this traumatic time of farewell. Niamh Parsons learned it from the singing of the great song collector Paddy Tunney.

Farewell to the groves of shillelagh and shamrock,
Farewell to the girls of old Ireland all round;
May their hearts be as merry as ever I would wish them
When far away on the ocean I’m bound.

Oh my father is old and my mother quite feeble,
To leave their own country it grieves their hearts sore;
Oh the tears in great drops down their cheeks they are rolling,
To think they must die upon some foreign shore.

But what matters to me where my bones may be buried
If in peace and contentment I can spend my life?
Oh the green fields of Canada, they daily are blooming;
It’s there I’ll put an end to my misery and strife.

Farewell to the dances in homes now deserted,
When tips struck the lightening in splanks from the floor.
The paving and crigging of hobnails on flagstones,
The tears of the old folk and shouts of encore.
Then its pack up your sea stores considerno longer,
Ten dollars a week isn’t very bad pay.
With no taxes or tithes to devour up your wages,
When you’re on the green fields of America.

The sheep ran unshorn and the land’s gone to rushes;
The handyman’s gone and the winders of creels;
Away cross the ocean, good journeymen tailors,
And fiddlers that flake out the old mountain reel.

Ah, but I mind the time when old Ireland was flourishing,
When lots of her tradesmen could work for good pay.
But since our manufactories have crossed the Atlantic,
It’s now we must follow to America.

And it’s now to conclude and to finish my ditty
If ever friendless Irishman chances my way;
With the best in the house, I will treat him a welcome,
At home on the green fields of America.